How leadership and company culture are linked 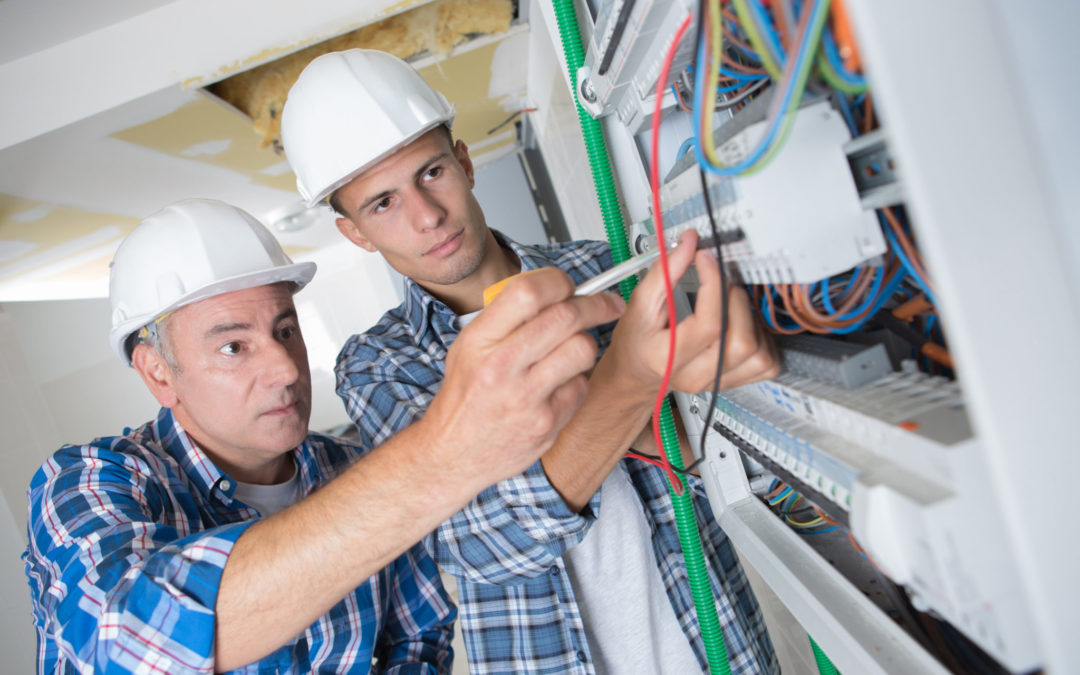 We often hear how important culture is to define a company. Culture is everything a company is, and their values strengthen this core vision.

What is equally important to understand is how closely linked leaders are to the company’s culture. They represent the organization and therefore, who they are as a leader and what their actions say, are either a force for positive effect or an eradicator of values.

In short, leaders can either “make or break” your company’s culture.

How important is leadership to the success of company culture? What makes a good leader and strong advocate for your culture? And how can you communicate your company’s values to your employees?

Companies define success in various ways. Some realize that their strength lies in who they are and what they represent. The founder’s vision is key to maintaining a strong foundation and the company’s values are what hold together the core of who they are. Companies who spend a strategic amount of time focusing on their culture continue to gain strength and balance for the long term. Everything they do involves maintaining that vision, and employees within that organization are clear about how their tasks contribute to this key component of the company’s success.

Webster’s New World College Dictionary defines company culture as: “the values and goals of a particular business, esp. a large corporation, as reflected in its management style, employee morale, levels of productivity and efficiency, etc.”

“Management style” is of particular importance because that is where culture begins. For an organization to be successful in maintaining its values and solidifying its culture, their executives and other leaders must be the forerunners in following this organizational style.

Whether or not leadership realizes it, their employees are keenly aware of the behaviors, words and actions their supervisors take. That’s why if you want to know how leadership is performing and how effective they really are, one only has to observe the employees.

To be successful with your culture, you first have to take a hard look at your leadership. Leadership is the solid tie for company culture. They act as the force between your company and your employees.

Your culture is likely suffering if your executives are not displaying the organization’s values, push them aside as unimportant, or do not know what they are. In this case, reorganization is needed to have the right leaders in place who will add meaning to and advocate for your culture.

What makes a good leader

To understand how your role as a leader shapes your company’s culture, you must first understand what it means to be a leader. World Book Encyclopedia defines leadership as: “the ability to lead; to give guidance or direction.” Your ability to guide will be a determining factor in your leadership effectiveness.

There’s no doubt it helps if the majority of employees who, when hired, already displayed the values of the company from the beginning or at least had the potential to do so. These employees should be in favor of the culture of the company and will tend to follow the one or ones in leadership who also display such qualities. Yet even if some of the employees choose an alternate direction or ignore the directives altogether, a good leader will still prioritize the organization’s values and work with employees to do the same.

For example, if a major component of company culture is safety, those in leadership will give this value top priority in every meeting and at the start of each workday. They will carefully review safety documents; meticulously check elements that are subject to cause harm if not properly taken care of. They will be the first to apply safety procedures to protect their employees and show this by their own actions and willingness to put these methods into practice. They are then better equipped to make sure employees are ready for the task by checking their protective clothing, verifying they’ve had adequate rest, and assuring they have prepared themselves and the area for the task at hand. If leaders consistently apply effort to this value, how likely is it their employees will too?

Companies list their values and overall culture on their website. These are also enforced during onboarding. Internal memos, emails and even the company newsletter can highlight these values.

But nothing will enforce the behaviors more than personal interaction. Employees need to see executives and supervisors put these values into action. And they need to observe this on a regular, if not daily, basis.

The behaviors of leadership will shape

the behaviors of the team.

While not everyone will be susceptible to practices within the organization they perceive as right or wrong, the majority typically follow wherever they are led.

Case in point: I’ve worked under supervisors who were cruel, spiteful, argumentative, angry, unethical and plain unhappy. The atmosphere this creates is usually tense, quiet, frightening and miserable. Concentration on important tasks is difficult. And if the work involves customers, they can typically sense that something isn’t right. Turnover is rampant.

I’ve also had the privilege of working with supervisors who were advocates for their employees; they were positive mentors, listened attentively, and worked with their team instead of hiding in an office. They were reliable and accountable for their actions. They upheld the company values, such as honesty and customer satisfaction, by taking the initiative and treating the employees with such values. The atmosphere this created was relaxed, happy, motivating and often, fun. Employee morale and great customer service was high.

For company culture to be the strength of the organization it should be, leaders have to believe in the core values. They have to know what they are and why they are in place. They have to then exude those values as if they were second nature to them. They must do this at all times.

You can fake values for only so long. At some point, usually at its most crucial when we allow emotions to pull down our guard, our inner self pops out. What is your inner self? When you review your company culture and its values, how are you doing in living up to those standards? Make it a point to understand where your weak areas lie, and then work on strengthening those areas.

The article, “Social Norms in Organizations” by Dannals and Miller, explains that a social norm has to do with behavior that exists or is expected of a population, while the presence of a social norm means that others are aware of this expectation or behavior. *Dannals, J., & Miller, D. (2017-11-20). Social Norms in Organizations. Oxford Research Encyclopedia of Business and Management. This is important because you can have in writing what your company represents, but it is your leadership who will exemplify your values by their behavior and influence your employees to do the same.

Company culture will only be successful if the organization’s leadership trusts those values, upholds them on a personal level, and is a positive example to other employees by helping them do the same.

Need to grow your business? Develop as a leader? Communicate effectively in the workplace? “Creative Corporate Communications” is a monthly alert to help you build trust in your organization. Join the club here.

Delivered to your inbox.
Unlock the secrets